What Euro 2016 Upsets Can Teach Us about Software Testing

What Euro 2016 Upsets Can Teach Us about Software Testing

At the time of this writing, Euro 2016 is still going on. Even still, it’s possible to extract some valuable lessons from the results thus far.

Many of the favored teams continue to underperform, despite having the ‘star’ players, huge budgets and stacked decks. Countries like England and Belgium, for example, were expected to reach the final stages of the competition.

And yet, Belgium lost to underdog, Wales. And after losing to Iceland, England also left (this time departure from the EU wasn’t voluntary).

By contrast, the smaller teams are absolutely killing it. They don’t have the resources or name recognition of the bigger guys. In fact, you probably don’t know most of the players from Wales, Iceland, or Portugal. But these teams continue to impress nonetheless.

What is their secret? 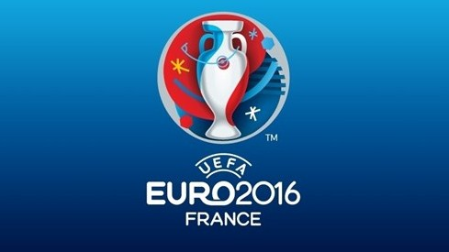 The Importance of Team Cohesion on the Football Field

It all comes down to teamwork. These smaller football teams play with one mind, with a shared sense of discipline and spirit.

A little glory doesn’t hurt, but these athletes have a genuine passion for the game. They are always on the field playing their heart outs.

Equally important are the coaches who provide encouragement and support as they rally their players around a unified vision. Everyone shares the same goals – both literally and figuratively. And working together, these smaller teams enjoy incremental victories until they achieve those goals.

By contrast, players from the bigger teams bicker amongst themselves. They focus on what’s in it for them, whether it’s about glory, endorsements, or contracts. In short, the superstars of the football world often forget why they got involved in the first place. The passion isn’t there anymore, making it harder to come together as a unified team.

The 2004 Olympic US Dream Team was a veritable who’s who of American basketball. And yet:

Teamwork is easy to analyze in the world of professional sports. The games are short. You can see how teams evolve from week to week. And there are even commentators who will dissect every game down to the last detail.

This analysis is a little more challenging in the software testing world – but the basic parallels are the same.

The Importance of Team Cohesion in Software Testing

A few months ago, we wrote an article on the dangers of stacking your QA team with rock stars. On the surface, this may seem like a recipe for success. By assembling the best of the best, you can potentially create an A-team of invincibles.

But this approach often has the opposite effect:

If everyone on the team is an expert, you might end up with a hodgepodge of great components – maybe even amazing components. But what ultimately matters is how those parts mesh together.

And this is where teamwork truly counts.

Don’t get us wrong. Having a huge budget is great. Being surrounded by intelligent and qualified professionals can be a tremendous asset. But for our money, we would rather invest in a diversity of talents and perspectives.

Even having complete novices can be advantageous since they’re more open to what they don’t know. There’s less toe-stepping and finger-pointing. Fewer participants claim to have all of the answers.

Just as you need a coach on the football pitch, you want a manager who knows how to support his colleagues and bring out the best in each team member. That leader doesn’t even need to be a QA professional. In fact, some of the best managers don’t know a thing about coding, testing, or debugging.

What they do know, however, is how to inspire. And they consistently extract amazing results from their teams by ensuring that:

By the time you read this, Euro 2016 will likely be over. And it may turn out that Germany, France, or one of the other big guys took home the prize. But the deciding factor won’t have been things like better players or bigger budgets. It will ultimately have come down to which players most successfully came together as a team.